Why should you start studying MongoDB? 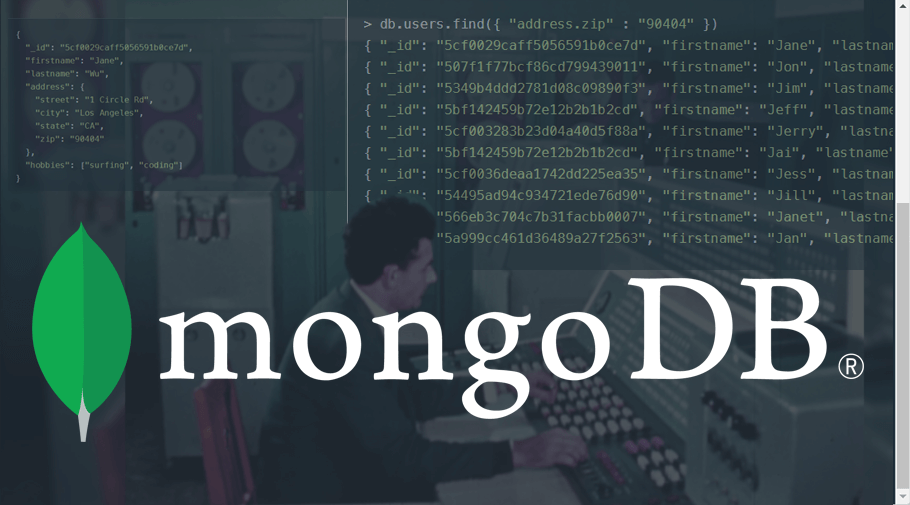 “MongoDB is the only NoSQL database that almost everyone has heard of” – this was the introduction I heard about the ever-famous DBMS (Database Management Systems) that is non-relational; this conversation was in 2013.

Today we are in 2021, experiencing the beginning of a new decade obsessed by Big Data.

Is It Worth Learning MongoDB in 2021?

To follow this thought, today’s post objective is to encourage you to learn more about one of the most used NoSQL databases around.

The most Famous NoSQL Database

NoSQL, short for Not Only SQL, initially created for was proposed to meet the requirements of managing large volumes of data, semi-structured or unstructured. That is, being used mainly in cases where the Relational Model did not present adequate performance.

Relational systems such as Oracle and MySQL – use tables, rows, and columns to store data.

Unlike a relational database, MongoDB is not restricted by tables and columns created previously.

MongoDB is a document-oriented, NoSQL database and supports a wide variety of input dataset sources. It can store data in flexible BSON, a JSON-like documents.

The document model makes the data easy to work with by mapping to the objects in the application code. Meaning fields or metadata can vary from document to document and data structure can be changed over time maintaining performance, efficiency, and keeping data easy to traverse.

Documents are grouped into collections, and a set of collections forms a database.

MongoDB allows your database to be replicated to other servers, increasing the availability of your information, this feature is known as a replica set. That way, each server will have a copy of the data.

MongoDB supports a more advanced feature called sharding. With sharding, it is possible to split the data in a collection between more than one server.

Another interesting feature of MongoDB has capped collections. Capped collections work in a way similar to circular buffers: once a collection fills its allocated space, it makes room for new documents by overwriting the oldest documents in the collection.

The great strength of MongoDB is its flexibility, as the document-oriented structure allows us to record data in a way that is best for the application, much easier than in a relational database, where we often have to adjust the application to suit the database structure.

So what’s the real reason to learn about MongoDB?

MongoDB was created to serve the Big Data demands.

It supports both horizontal and vertical scaling using replica sets (mirrored instances) and sharding (distributed data), making it a very interesting option for large volumes of data, especially unstructured ones.

Unstructured data is a problem for the vast majority of relational databases, but not for MongoDB.

Mongo’s BSON (binary JSON) documents are schemaless and accept almost anything you want to store, being a perfect persistence mechanism for use with technologies that work with JSON natively, like JavaScript and of course, Node.js too.

The MongoDB query language with rich secondary indexes enables developers to build applications that can query and analyze the data in multiple dimensions.

In the MongoDB documentation, you can view all the operators.

MongoDB has been and will continue to be an indirect beneficiary of high-growth megatrends such as AI, Machine Learning, IoT (Internet-of-the-Things), and digitalization.

Each of these trends, particularly IoT, has sparked exponential growth in the supply of unstructured data resulting in an increasing demand for (NoSQL) non-relational database solutions.

Thus, to consider learning The most Famous NoSQL Database is a preparation to find new job opportunities. Especially for the so-called industrial revolution 4.0 where the immersion of rich data will be the differential for applications, products, and services.

In this case, the future is already happening right now.

So, start learning as soon as you can, could be a good deal.

1 – Introduction to MongoDB by koderhq

2 – The Little MongoDB Book by openmymind

4 – MongoDB for Beginners Tutorials by thenewboston

We hope these links are useful for your learning. We keep preparing content for your journeys on our blog and in our community!